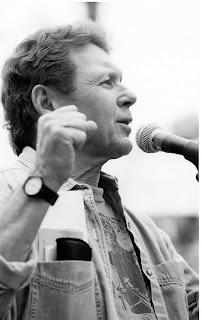 Father Roy Bourgeois, a Maryknoll priest and a School of the Americas Watch (SOA Watch) founder, has been one of the few Catholic priests willing to speak publicly about Women’s Ordination within the Catholic Church. In spite of his being threatened with excommunication by his Church, Fr. Roy remains steadfast in his support for Women’s Ordination.

Father Roy and other women’s ordination advocates are now hitting the road to encourage a national movement for a more inclusive church and the local chapter of Call to Action (www.cta-rgv.org) is sponsoring the local stop of their national Shatter the Stained Glass Ceiling Tour.

Father Bourgeois, 70, who began his 36-year ministry as a Maryknoll priest in Bolivia, has been an outspoken critic of the U.S. foreign policy in Latin America since 1980, when a Salvadoran death squad raped and killed four American churchwomen. In 1990 he founded the School of the Americas Watch (http://www.soaw.org), which has been holding weekend vigils annually at Fort Benning, Ga., to demand closure of the US Army's combat training school for Latin American soldiers.

What led to the altercation between the Vatican and Father Bourgeois was the fact that he showed his support for women's ordination by delivering a homily at the ordination of Janice Sevre-Duszynska, 58, on August 9, 2008, in Lexington, Ky. She was the sixth woman ordained that year in the United States, according to the National Catholic Reporter.

Sevre-Duszynska is among 60 other women who have been ordained since June 29, 2002, when the first seven women stepped forward, according to the Women's Ordination Conference. Four of these women priests have become bishops and nearly 100 more are in preparation programs sponsored by the Roman Catholic Women Priests. 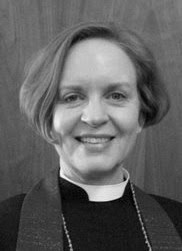 The work of the Women's Ordination Conference has continued since then and the idea of women priests is no longer an aberration. According to a September 2005 Gallup Organization survey, 63 percent of US Catholics said they supported ordaining women. An Associated Press-Ipsos poll taken in April 2005 found the same result.

Everyone is welcome to attend.

Get Bumper Stickers at the McAllen Chamber of Commerce. Click on logo to link to the No Border Wall Blog.

US Cost of the War in Iraq
(JavaScript Error)